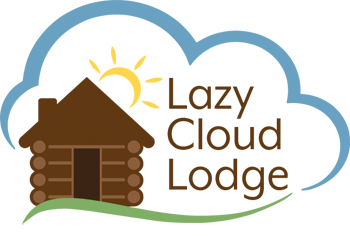 Some rooms available for a Saturday only stay.Must call for availability.

The Lazy Cloud Bed & Breakfast building has a great deal of a history behind it. It was built in the early 1920’s as a polo lodge for the Uihlein Family. They owned the Chicago Branch of the Schlitz Brewery Company. The Uihlein’s had about 88 acres in the Lake Geneva area at the time. Some of the rooms were stables for the horses, some of them stored grain. In fact, the Hayloft Suite was actually a hayloft.

As you approach the building from North Lakeshore Drive, it has the appearance of a small, brown shingled, cape cod cottage. Not so! You are approaching the side of the massive retreat! The lodge was built to face the polo grounds, which is now a beautiful English garden consisting of gorgeous plantings and shrubs, quaint gazebos and patios, lovely fountains and trickling springs, garden statuary, double hammocks and sitting areas, with life size checker and chess boards! Small weddings and vow renewals are a popular venue at this location!

Some of the suites were originally small apartments or rooms used for guests and staff. Other suites were stables for the horses, while other suites were used for grain storage. Today’s Hayloft Suite was actually the Uihlein’s hayloft!! The suite’s wide planked, pine floor is original to the building.

In the early 1950’s a handsome young actor doing summer stock at the Belfry Theatre took care of our property for his room and keep. Today we have a suite named in his honor: The Paul Newman Suite!

At almost the same time another young man, much less social than Newman, was working on a transcript for his novel. When completed, JD Salinger named the manuscript Catcher in the Rye! His small apartment is now known to us as the Log Cabin Suite.

Who knows what other stories these walls and grounds have to tell? Please join us as we continue a romantic tale for you… here at the Lazy Cloud Bed and Breakfast! Call our Lake Geneva Bed and Breakfast at 262-275-3322 to make your reservation now!

Some Saturday only stays may be available, but must call to reserve. Call for same day bookings 262-275-3322

First timers. Thoroughly enjoyed our one night stay! Loved all the amenities! Looking forward to an extended stay at the end of the summer! Having fun introducing our married children to Lazy Cloud with a gift certificate for their anniversaries! Kim and her staff are amazing!!!